The .openbb scripts offer the ability to automatically run a set of commands in the form of a routine. Furthermore, the scripts can be adapted, and documented, at any moment giving the user full control over the type of analysis you wish to do (and repeat). This can fundamental research, understanding market movements, finding hidden gems and even doing advanced statistical/econometric research.

The script file below is titled stocks_demo.openbb. This file follows the following logic:

These scripts have a 1-to-1 relationship with how you would normally use the terminal. To get a better understanding of how the terminal is used, please see Structure of the OpenBB Terminal.

By going to the main menu as depicted below (accessible with home), the exe command can be used. With this command you can run any .openbb script. These scripts are located where the application is located inside the routines folder. 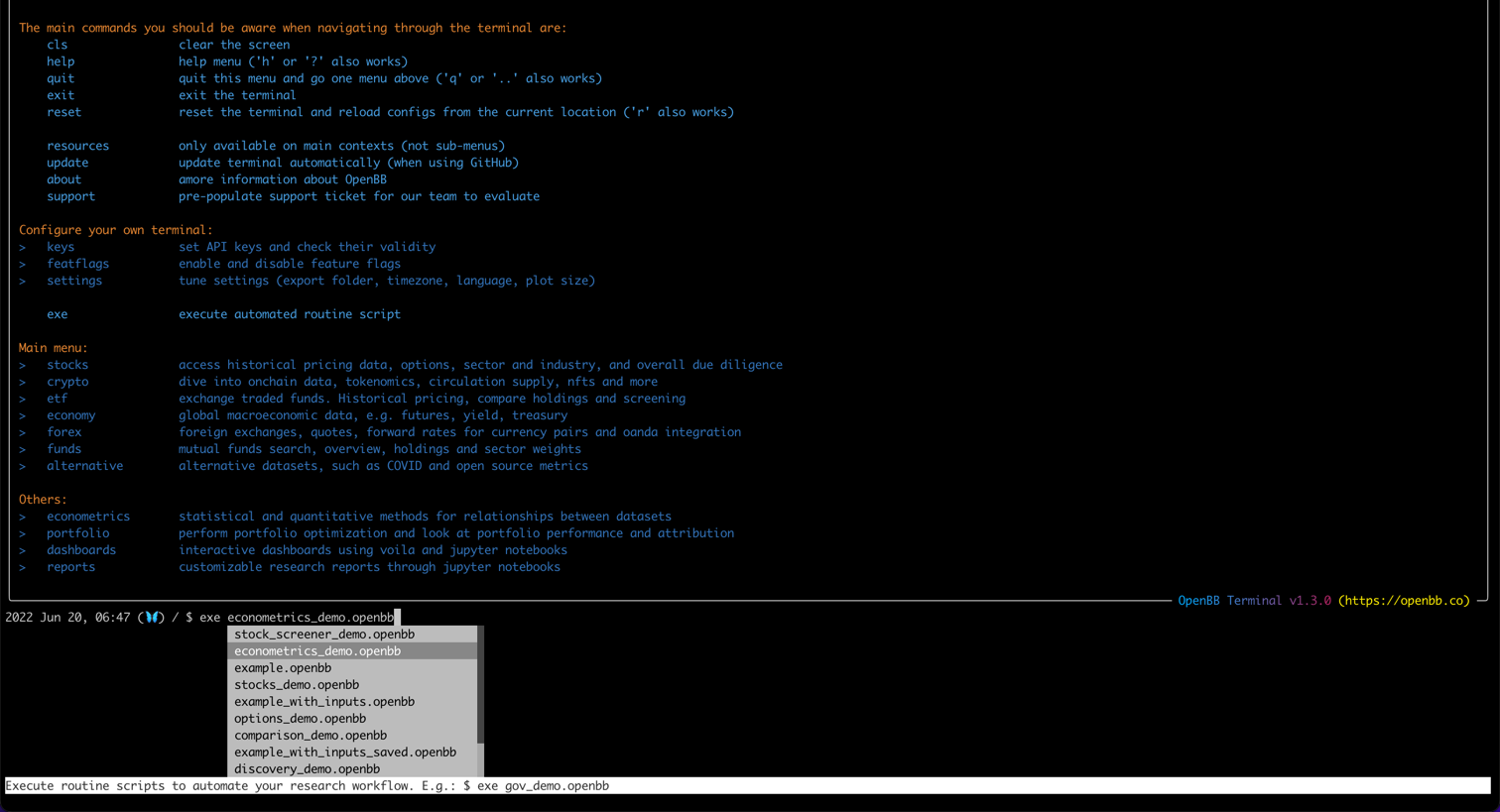 Thus, using the earlier mentioned script, we can enter exe stocks_demo.openbb which automatically runs all commands within the script file. Thus, it will return a candle chart with moving averages, price targets from Analysts, valuations of related companies, the correlation between these companies and the market sentiment. This results in the following: 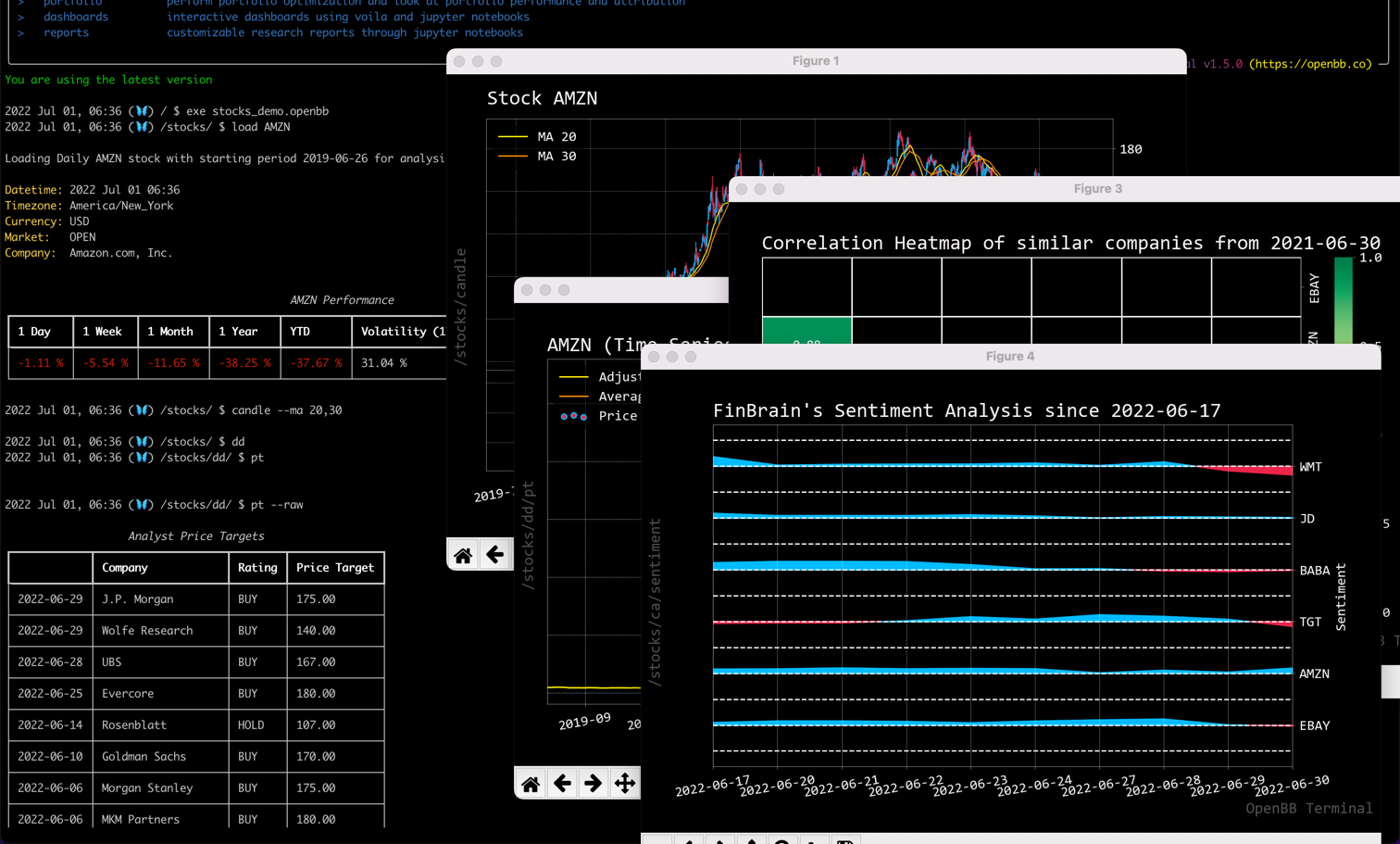 Next to that, it is also possible to add in custom arguments to your script making the script more interactive and allow you to do the same analysis for multiple companies. This is done in the following script:

This script includes $ARGV[0], $ARGV[1] and $ARGV[2]. This means that the script requires you to submit three arguments. In this case, they refer to stock tickers. Therefore, like the script also says, you can include these arguments with -i followed by three tickers (e.g. exe example_with_inputs.openbb -i TSLA,AAPL,MSFT). This results in the following: 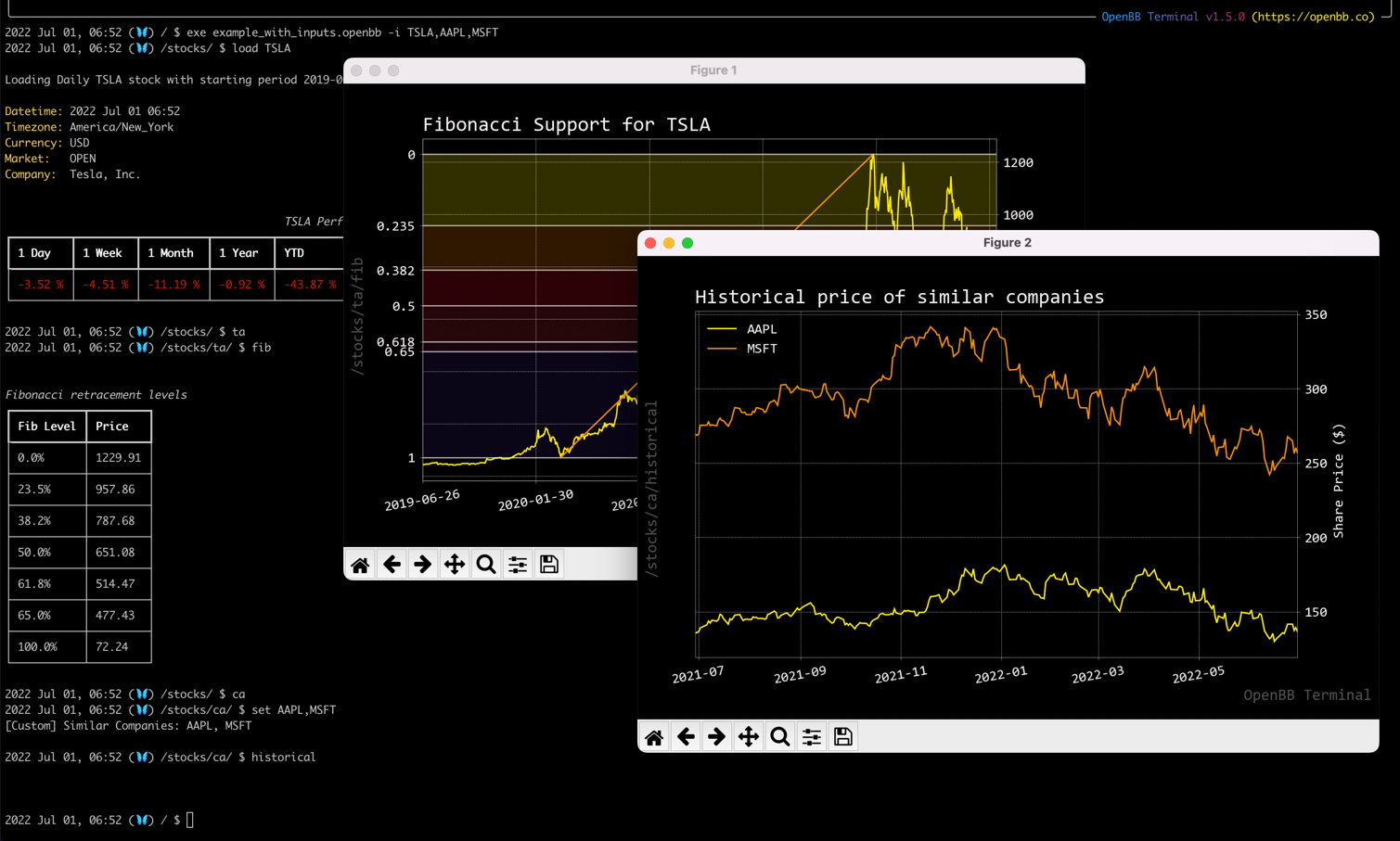 It is an incredibly simple script, but it gives an understanding what the possibilities are.

Create your own script

Scripts and routines reside in the routines folder and are automatically shown when you type exe from the home screen (home). To create your own, you can use the template.openbb file as a basis but you are free to duplicate one of the demo files.

Within this template, some examples are given, and you are free to change the contents and rename the file. As long as the file remains in the same folder, you will be able to find your file automatically as shown below: 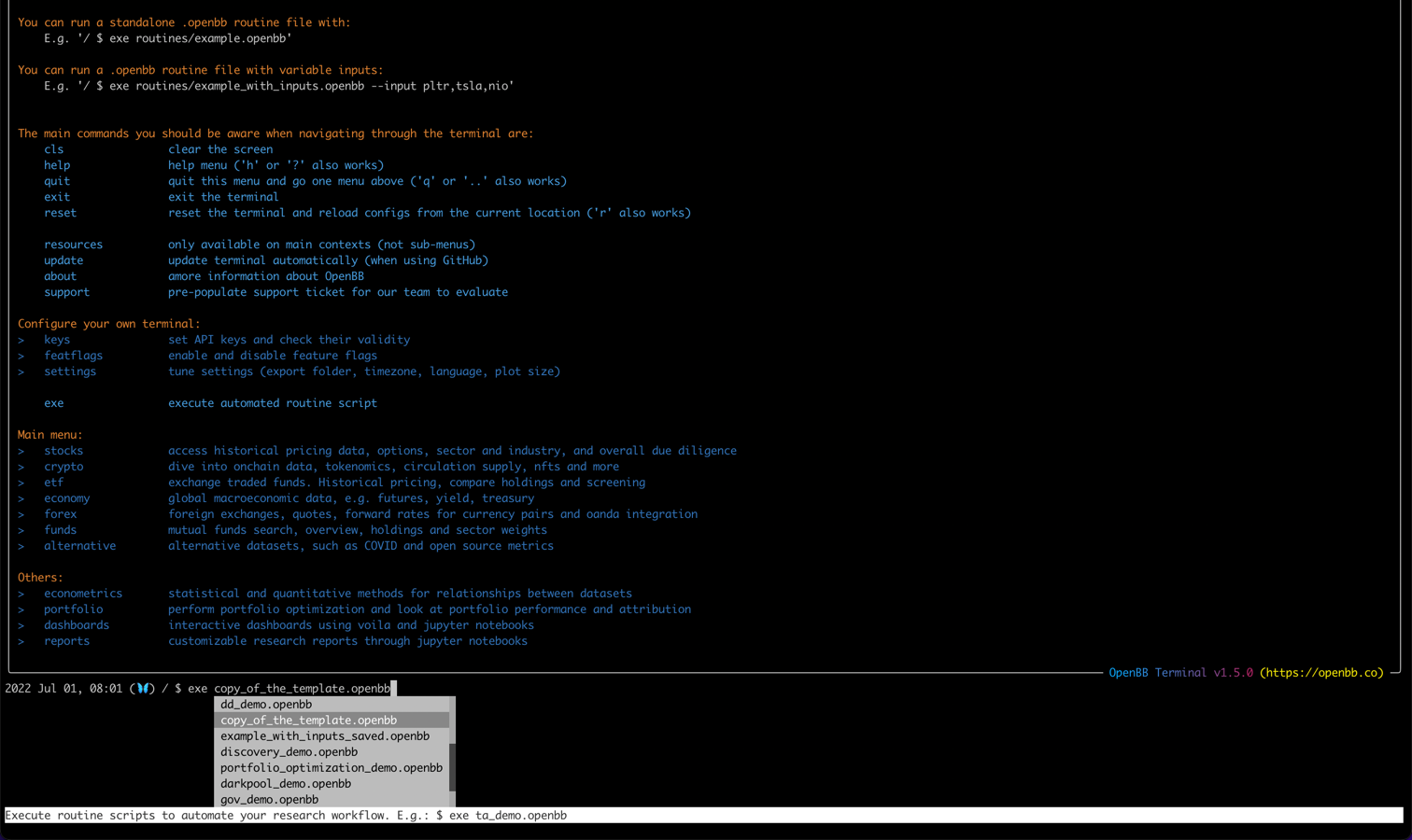